Back to News
Two persons have been arrested by the Special Investigation Service for violence against the cameramen of “TV Pirveli”, which took place in Batumi.

As a result of operative and investigative actions carried out in the shortest period of time and based on the evidence obtained, two citizens born in 2001, were arrested as accused of committing a crime under Article 156, Paragraph 2 of the Criminal Code of Georgia, which implies persecution of person because of his/her professional activity.

The Special Investigation Service carried out all urgent and necessary investigative and procedural actions in the case. The victim cameraman and the respondents were interrogated, a forensic medical examination was scheduled, eyewitnesses of the fact were found and interrogated, and the scene was inspected. Based on the court ruling, video recordings of the scene and surrounding areas were requested from private and public facilities, overall, 8 hours of video recordings were studied, processed and the perpetrators of the crime were identified.

Protecting the rights of journalists and their professional activities is one of the main priorities of the Special Investigation Service.
We do our best to investigate those types of cases responsively, rapidly, and efficiently. 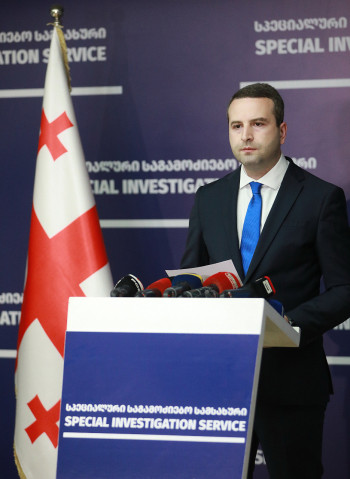