Back to News
We would like to respond to the fake information spread by ‘TV Pirveli’ as if the investigative service is asking the procurement agency for 600, 000 GEL for repairs claiming that if money is not given immediately, fulfilment of the EU’s 12-point plan will be endangered.
In the news story the above-mentioned media deliberately omitted the information regarding the repair work the Special Investigation Service is planning to carry out. The media intended to mislead the public into believing that inappropriate/unauthorized expenditure took place.
We would like to explain to the public that the case concerns the repair and rehabilitation works of the regional offices in Zugdidi and Telavi that were recently transferred to the Special Investigation Service.
From March 01, 2022, the Special investigation Service has been working with significantly increased functions, and along with 8 crimes, 40 additional crimes provided for by the criminal code of Georgia have also been subjected to the investigative jurisdiction of the Service, increasing the workload of the Service by four times.
For further clarification, the jurisdiction of the service extends to the entire territory of Georgia and as of March 1, the agency has to cover the entire territory of Georgia and deal with current workload with only investigation divisions of Tbilisi, Kutaisi and Batumi offices, making effective functioning of the Service extremely difficult, resulting in late arrival at the scene of accident, as well as, increased risk of destruction of evidence.
Conclusion of the European Commission also supports the fact that the proper functioning of the Special Investigation Service as an independent investigative agency, is crucial for the protection of human rights and for the effective investigation of the facts of inhuman treatment throughout the country. The conclusion directly states and emphasized that along with ensuring the independence of the service, the service should be strengthened, which includes institutional, financial, legislative and infrastructural strengthening of the Service.
The above-mentioned media deliberately spread fake news, distorted the meaning of the requirement set by the European Commission’s conclusion and ignored the part of the recommendation concerning strengthening of the service. The above-mentioned media outlet could have quoted the recommendation set by the European Commission’s conclusion, that clearly states that the Special Investigative and Personal Data Protection Services should be strengthened and their institutional independence should be ensured.
For the purposes of dealing with this challenges faced by the service and fulfilling the recommendation contained in the European commission’s conclusion, the service prioritized timely activation of the regional offices in Zugdidi and Telavi and speeding up its rehabilitation work, which includes the creation of necessary infrastructure, compatible with international standards, such as arrangement of survey and recognition rooms, adapted rooms for minors, briefing and meeting rooms.
For the purpose of achieving the above-mentioned goal, The service applied to the State Procurement Agency and asked for permission to purchase the rehabilitation works of the regional offices transferred to the Special Investigation Service by the Government of Georgia.
In the Media Story, the facts were deliberately distorted and the fake news broadcasted that the Special Investigation Service is asking the State Procurement Agency for money.
The Functions of the State Procurement Agency include only the regulation of issues related to the procedures for the implementation of state procurement. The allocation of any kind of financial resources is beyond the competence of the organization.
The necessary financial funds for rehabilitation works, the necessary financial resources amounting to 600, 000 GEL are included in the budget of the service. The Service has not requested any additional funds.
Procurement of works will be conducted in accordance with the principles of thorough market research and competition, with the participation of at least 15 companies in each research, consequently, the contract will be signed with the bidder with the lowest price.
The Tv Company spread lies regarding the position of the Special Investigation Service, portraying the service as being incapable of answering the questions regarding the mentioned issue. It is disappointing that the representative of ‘TV Pirveli’ has not contacted the investigation service on this issue and has not expressed any interested in the answers of the Service, meaning that they intended to discredit the service and mislead the public by spreading the fake information.
Since its day of creation, the Special Investigation Service recognizes the importance and chooses transparent communication with the public and the media.
We urge the mentioned Tv media to address the Special Investigation service with relevant questions before spreading unverified and fake information. 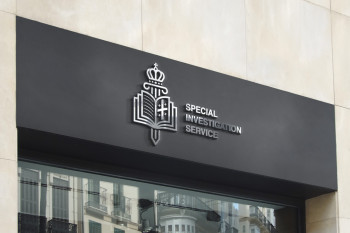