Home News Briefing of the Head of the Service, Koka Katsitadze

Briefing of the Head of the Service, Koka Katsitadze 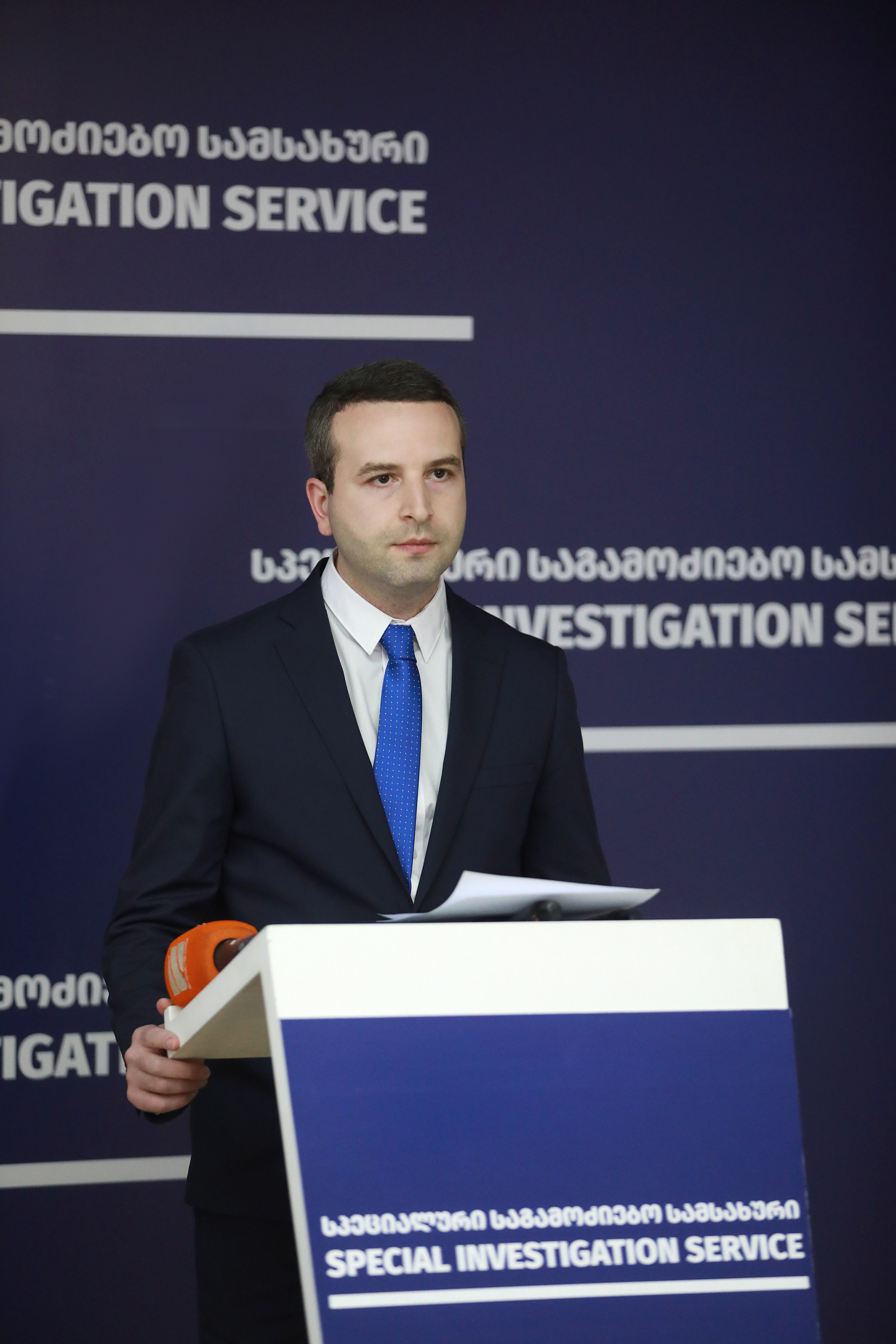 Based on the investigation carried out by the Special Investigation Service, an employee of the Penitentiary establishment was incriminated in the crime of exceeding official duties towards the lawyer of Mikheil Saakashvili, Sh.T.

The investigation established that during the metal detection test, verbal altercation took place between the employee of the Penitentiary Department and the lawyer, Shota Tutberidze. After that, the defendant, in order to hide from the surveillance video cameras, brought the lawyer into the living room and started verbal altercation. After leaving the room, the employee of the penitentiary went in the direction of Shota Tutberidze for the purpose of physically assaulting him and exceeding his official powers.

As a result of the defendant’s unlawful activities, the rights of the victim Shota Tutberidze were violated, the peace was disturbed and the proper functioning of the penitentiary establishment №16 –obstructed.

The Special Investigation Service started investigating the fact immediately after the public statement made by the lawyer.

The inclusion and participation of the victim lawyer in the investigation process was fully ensured. He was familiarized with the materials of the case at the initial stage of the investigation.

The investigation, with the support of the penitentiary service, ensured that all necessary investigative and procedural activities were carried out: 17 persons were interrogated, relevant materials and legal documents were requested from the penitentiary service. The scene was inspected and video recordings of the incident were taken out based on the courtorder. Habidoscopic examination was also appointed.

The above-mentioned measures ensured to solve the crime and raise the question of the responsibility of the official involved in it.

As a result, the Prosecutor’s Office of Georgia issued a resolution against the former employee of the Penitentiary establishment, accusing him of a crime provided for by the Article 333 of the Criminal Code of Georgia.

The Special Investigation Service continues to investigate the above mentioned case.